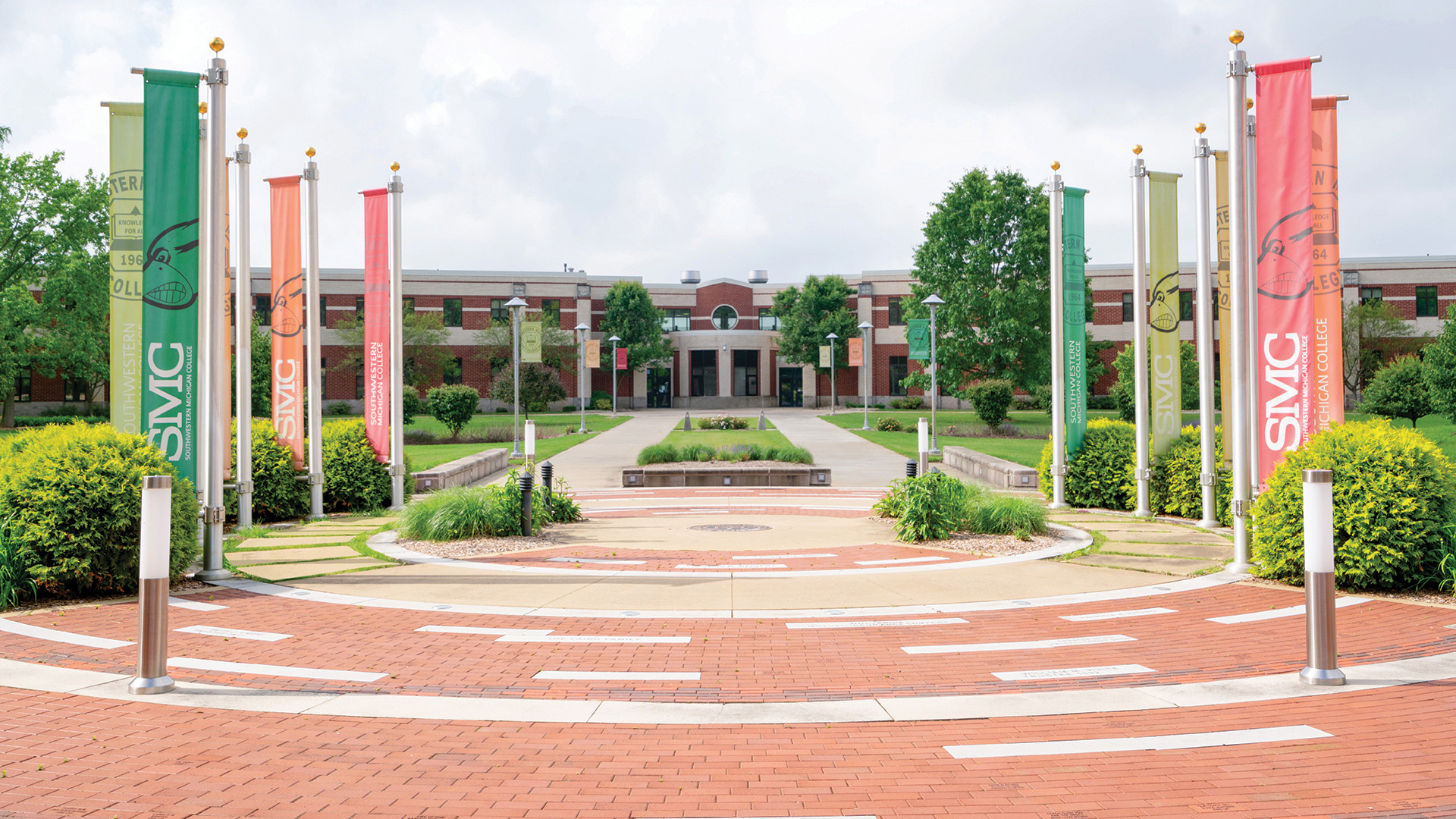 Gavin with his parents, Jill and Bruce

Smith, 19, graduated from Decatur High School in 2020, after his senior-year track season for the Raiders was obliterated by the COVID-19 pandemic.

“I put in a lot of work last winter, then track was canceled in the spring,” he said. “I was disappointed.”

Smith took a “gap year” and worked as a service clerk and stocker at a grocery store in his Van Buren County community. When he enrolls at SMC this fall, he plans to major in education to become an elementary or physical education teacher and coach.

Smith was accompanied to the signing ceremony in the Charles O. Zollar Building on SMC’s Dowagiac campus by his parents, Bruce and Jill. He has two older brothers, Jake and Luke.

“I ran 5000 meters, 3200 meters and 1600 meters and I did the 100 one time for fun,” Smith said. “I run at any distance, pretty much. I started cross country my junior year and that was the first time I ever ran. My brother said he thought cross country would be good for me, so I went out. I kind of fell in love with the sport and I’ve been running ever since.

“Every weekend I go out and do 11 or 12 miles. I go for a 90-minute run every Saturday. During the week, I’ll run four miles on Monday, Tuesday I’ll do sprints for speed, Wednesday an easy five-miler around Decatur in the country. Saturday, March 20, I’m running on the trails in the Turkey Trot, which got postponed in November.”

“My times are getting faster and I’ve lost weight,” he said. “I’m impressed with what I’ve been able to do. I want to gain knowledge from this because I’ve been an assistant middle school coach. Decatur’s head cross country coach, Bob Smola, has always been there for me and helps me a lot.”

Also in attendance was Samuel Reed-Loomis of Otsego, who committed Feb. 8 along with Vanessa Crisenbery of Coloma.